We pay a brief visit to the fortified churches at Cristian and Cisnădie, then head south to the ruins of Poenari (Vlad Tepeş’ castle) high above the river Argeş valley. After a lunch stop in Curtea de Argeş we visit the 13th Century Court of Argeş (the oldest church in Wallachia) and the nearby monastery.

Driving north along the Olt Valley we return to Sibiu, or take the Transfagarasan highway if open. Dinner at the hotel.

Free time to explore the medieval town at leisure.

Depart after lunch to visit the Saxon villages and fortified churches of Moşna, Valea Villor and Biertan (UNESCO World Heritage sites) and the ruined fortress of Slimnic.

Arrive in Sighişoara for a two night stay at the Hotel Casa Wagner. Evening meal at Hotel Sighişoara. 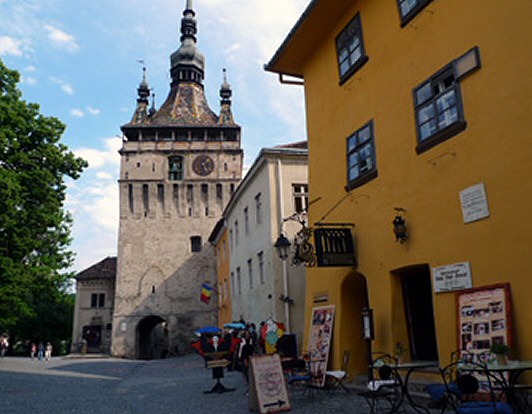 Morning at leisure to explore the beautiful medieval town of Sighişoara, with lunch (included) at the Casa Vlad Dracul restaurant (in the house that was the birthplace of Vlad Tepeş). During the afternoon we travel the short distance to the village of Saschiz (15 km) where we visit the church with a magnificent bell tower almost identical to that of Sighişoara, and walk through the woods to the 14th Century Saxon citadel. Evening at leisure.

Depart Sighişoara to visit the 15th Century Lazarea Castle with its Knights' Hall and craft workshops. Continue to Lake Bicaz and walk through the dramatic Bicaz Gorge with free time for lunch in Bicaz either before or after the walk. Drive to the 12th Century Monastery of Neamt, before continuing north (80 km) to the area of Voroneţ for one night with dinner, at La Roata.

In the region of Bucovina we visit the world famous painted monasteries of Moldoviţa, Suceviţa and Voroneţ (UNESCO World Heritage sites). There will also be a stop en route at the black pottery workshop at Marginea.

Then we travel west to the Tihuţa (Borgo) Pass for a two night stay at the Castle Dracula Hotel. 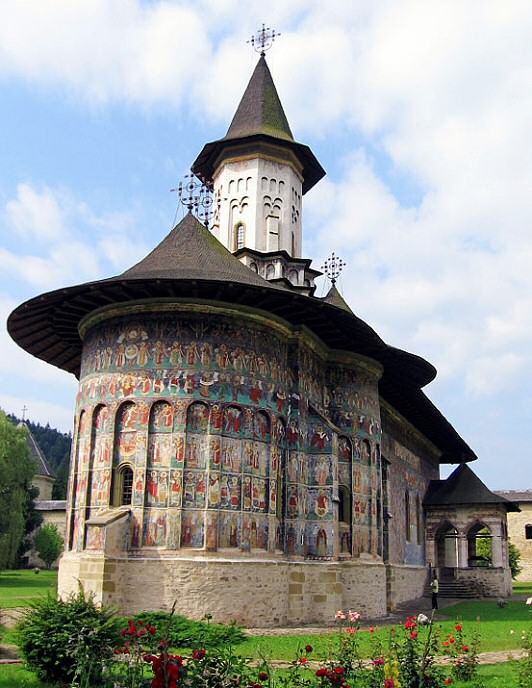 Drive to Vatra Dornei Bai station to catch the 10.57 train to Lunca, a rail journey along one of the most scenic lines in Romania, winding through the Suhard massif. After a stop for lunch in Lunca, we travel by horse and cart back up through the pass. Dinner at the hotel. 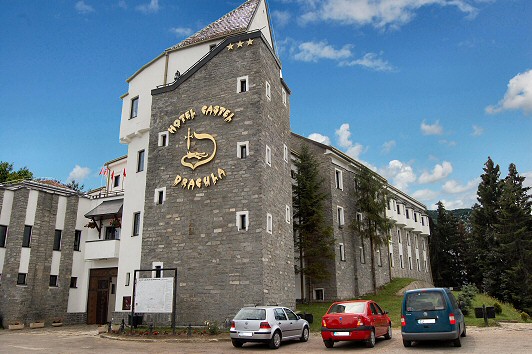 Leaving the Castle Dracula Hotel, we continue to Bistriţa for free time to visit the medieval centre, followed by a ‘Jonathan Harker lunch’ (included) at the Golden Crown Hotel. Drive northwards to Maramureş, along the Iza Valley, visiting the traditional villages of Ieud, Botiza and Poienile Izei, then continue on to Borşa for a one night stay at the Hotel Victoria.

Early departure for Vişeu de Sus, where we take a journey up the Vaser Valley on the narrow gauge, steam powered Mocaniţa train. Overnight stay in the static hotel train, the “Carpatia Express”, next to Vişeu de Sus station (dinner provided). 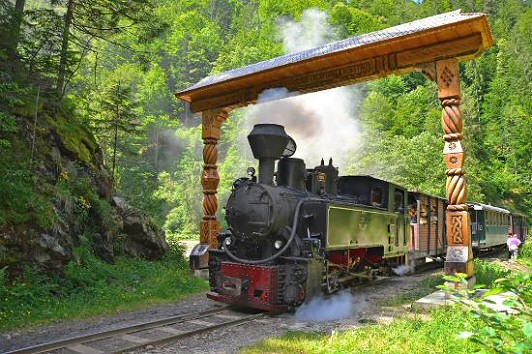 A visit to the Dragomireşti Farmers' Market, then a full day exploring the traditional villages of Maramureş (with their famous wooden churches) and the Merry Cemetery of Săpânţa. Free time for lunch and sightseeing in Sighetu Marmatiei on the Ukrainian border. Visit the church and frescoes at Deseşti, and explore the villages of the Cosau valley (Budesti, Sirbi and Breb), then continue south to Baia Mare for a one night stay at La Fontana Hotel. Dinner in Baia Mare. 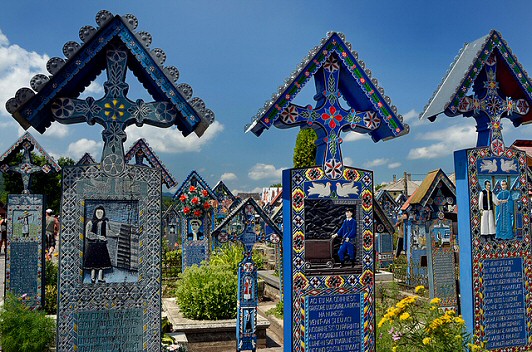 Free time to explore the medieval centre of Baia Mare.

Drive south to visit the village of Surdeşti, then continue south to Cluj, visiting the site of the Baroque Banffy Palace at Bontida en route. One night stay with dinner at Hotel Central.

Morning free in Cluj, then early afternoon departure for our flight from Cluj to London Luton.