This was an 11-night tour of Romania, taking in parts of the country never previously visited by the Dracula Society.

Starting in the west in Timisoara, travelling through the 'Iron Gates of Transylvania', and visiting spectacular castles and ruined fortresses (Hunedoara, Feldiioara, Colt), as well as frescoed churches (at Densus and Strei) and the remains of Roman settlements. Returning to the territory of Vlad Tepes – the Saxon town of Sighisoara (his birthplace), his ruined fortress at Poenari, and the remains of his palace at Targoviste. Plus of course a fictional journey with Bram Stoker, following in the footsteps of Jonathan Harker to Bistrita and the ‘Borgo Pass’.

Catch direct flight from London Luton to Timisoara. Check into the Hotel Victoria. Afternoon free to explore the sights of the city. Dinner at hotel.

10am departure for our first short stop at Lugoj, the birthplace of Bela Lugosi. We continue with further stops at the 'Iron Gates of Transylvania', the nearby Roman remains at Sarmitegetusa and the frescoed church of Densus (which incorporates the remains of the mausoleum of a 4th Century Roman army officer). Spend two nights (with dinner) at the Castle (Castell) Santa Maria Orlea. This converted 18th Century mansion is the former residence of the Romanian noble family of Candea (Kendeffy).

[Webmaster's note: this hotel turned out to be of a very poor standard when we actually got there, but we were fortunate to find an excellent alternative, thanks to our marvellous guide!]

In the morning we visit the spectacular Hunedoara (Corvin) Castle, where Vlad Tepes spent two periods of imprisonment during his life. Continue to Deva, where there will be free time for lunch and a chance to visit the fortress. We drive back south to visit the citadel of Colt located near the village of Suseni at the bottom of the Retezat mountains.

This ruined citadel dating originally from the 14th Century provided the inspiration for Jules Verne’s Le Chateau Des Carpathes (‘The Castle of the Carpathians’) published in 1893. 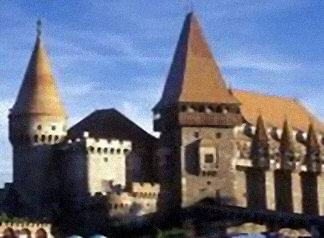 Before departing Santa Maria-Orlea we will visit the church with its fine collection of 14th Century frescoes. We then drive north to Strei to visit the church (also adorned with impressive 14th Century frescoes). Continue to the town of Alba Julia where there will be free time for lunch and a chance to visit the historic upper town. In the afternoon we visit the fortress at Auid. Drive on for overnight stay in Cluj Napoca at Hotel Fullton. Dinner at the hotel.

Free time in the morning to visit the sights of Cluj Napoca, including the cathedral. Depart around 10.30 to continue in the footsteps of Jonathan Harker to Bistrita for lunch at either the Golden Crown Hotel or the Coronita Restaurant. There will be free time to visit the medieval centre before continuing eastwards in Harker’s footsteps up to the Bargau Pass for a two night stay at the Castle Dracula Hotel. Dinner, entertainment and accommodation at the hotel. 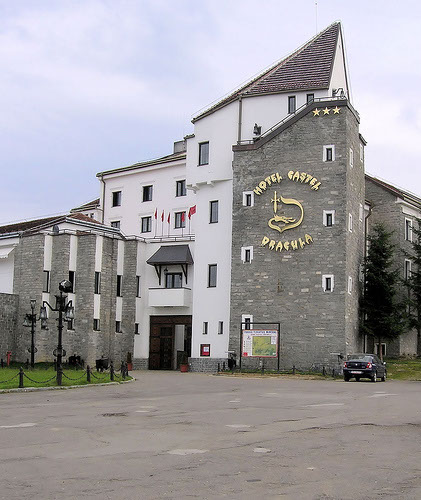 A leisurely day spent travelling through the Tihuta Pass by "leiter wagon" and incorporating a picnic lunch. Dinner and accommodation at the hotel.

Drive south for a one night stay at Sighisoara, arriving in time for lunch at the Casa Vlad Dracula restaurant, in the house that was the birthplace of Vlad Tepes. Afternoon free to enjoy the sights of this beautiful Saxon town. Dinner and accommodation at the Hotel Casa Wagner. 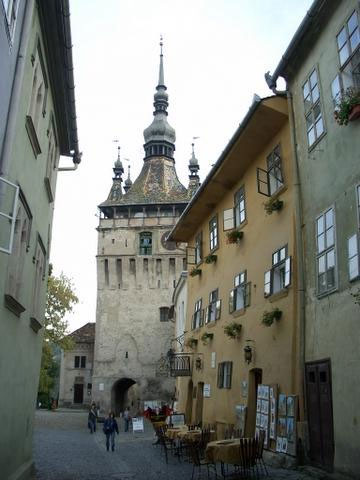 Drive south towards Brasov visiting the citadel of Viscri and the fortress of Rupea. During the afternoon we make a brief stop at the fortified church at Homorod, before visiting the ruined fortress of Feldiioara. Stay two nights with dinner in Poiana Brasov at the House of Dracula hotel.

Morning visit to the Saxon villages around Brasov and the fortified churches of Harman and Prejmer. Free time in Brasov in the afternoon to enjoy the sights such as the Black Church and the Citadel. Evening meal at the Outlaws Hut.

Visits to the castles of Rasnov and Bran - the fake Dracula’s castle. Overnight stay with dinner in Curtea de Arges at the Hotel Confarg. (85km) 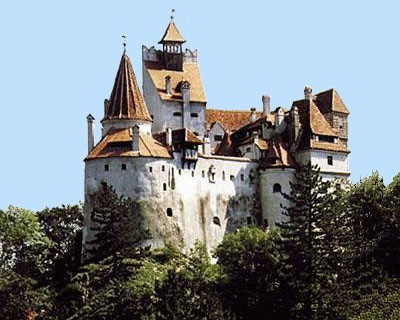 Morning visit to the monastery of Curtea de Arges, then drive up the Arges valley to visit Poenari the real castle of Vlad Tepes.

After lunch drive to Targoviste, the former capital of Wallachia, to visit the remains of Vlad’s palace. Drive to Bucharest and check in at Hotel Herastrau. Dinner at Club Dracula. 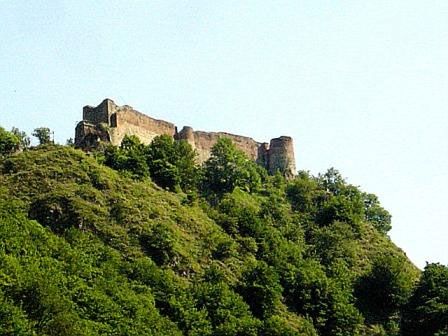 Early morning departure for the return flight from Bucharest Baneasa to London Luton.