The Alliance of Literary Societies

counts the Dracula Society amongst its members.

To mark the 40th anniversary of the Dracula Society in 2013, the Society published a collection of vampire fiction. 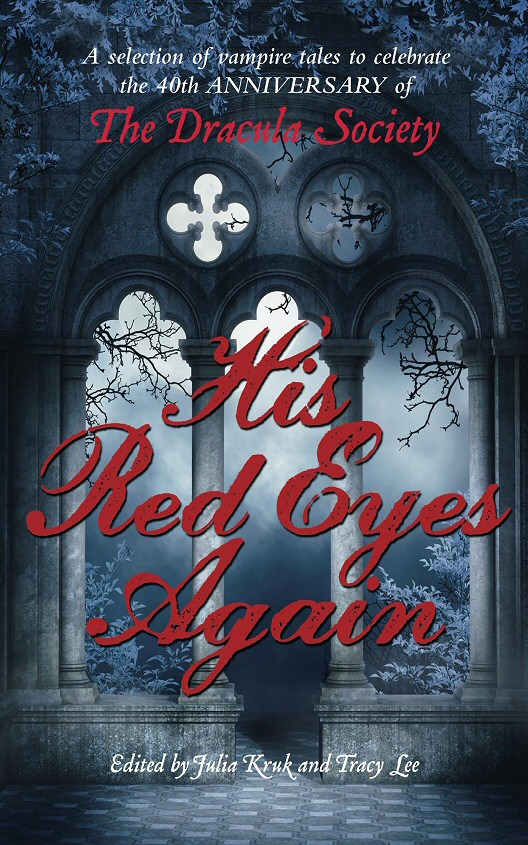 Radu R. Florescu, who was a Dracula Society Honorary Life Member, the co-author of In Search of Dracula, also co-wrote a book about his own family history, which was published in 2013.

His family is related to that of the historical Vlad Dracula.

Professor Florescu died in May 2014, sadly only nine months after the book was published.

Buy it here on Amazon. 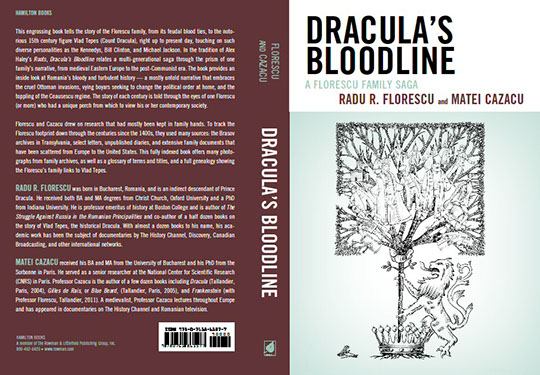 Melindah Hayes' vampire resource page is an excellent source of information on those supposed first editions, and has pictures and details of a great number of editions of Dracula.

Elizabeth Kostova's The Historian has generated much interest. There is a short video relating to the book, presented by Ms. Kostova, here at meettheauthor.com. 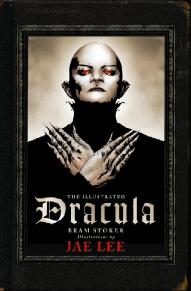 An edition of Dracula was published in 2006 with illustrations by well-known comics illustrator Jae Lee.

From the press release:

"Jae Lee presents the original Dracula in a unique Gothic style that will appeal to both fans of the classic and a new generation of readers. A modern master of comic book illustration, he presents Stoker's complete work accompanied by forty original drawings. His subtle, evocative drawings enliven the text throughout, revealing both the terror and lure of this horror masterpiece.

Jae became the youngest professional comic book artist ever to work for a major comic book company and quickly gained recognition for his dark, Gothic work. Widely regarded as one of the most stylistically unique artists in comics today, Jae Lee has received the Eisner Award, the most prestigious award in comics, and has exhibited at the Society of Illustrators Museum in New York. He was the producer of the Hellshock series and worked with Marvel Comics on The Inhumans, Fantastic Four, Spider-Man, and The Uncanny X-Men."

LoveVampires "is a website dedicated to vampire genre and urban fantasy fiction. Our primary function is to provide informative books reviews about not just the latest book releases but old vampire fiction favourites too. We have an ever growing selection of book reviews which you can browse by author, title or genre. You can also read exclusive interviews with authors, enter giveaways and win free stuff or watch a selection of videos. Make yourself at home, browse through the site and click about a bit - there’s no telling what you might find!"

Dracula - "The Book". Last, but not least, the entire novel is available now of course on-line!

Bite Me magazine began in January 2001 and is going strong.

Ash-Tree Press have published Children of the Night Award winners.

Tartarus Press deal in both new works and bringing back older classics to our shelves.

Alan Toner is an e-book author based in Cheshire, England.

He writes in the horror and paranormal genres, and also has a site devoted to true ghost stores.

Brian Stableford was the winner of our Children of the Night Award in 1999 for translating P. Feval's Vampire City. He has translated two other books by P. Feval, Knightshade and The Vampire Countess.

William Meikle's three book Watchers series is now available in an omnibus edition. Visit his website for details, and to read reviews and buy the book go to amazon.com.

Angela Sommer-Bodenburg is the creator of The Little Vampire. Her site provides some interesting information on this twenty volume children's book series.