THE FOLLOWING ITINERARY IS FROM A PAST SOCIETY TRIP, AND IS PRESENTED FOR INTEREST ONLY, TO ILLUSTRATE THE TYPE OF TRIP THAT THE SOCIETY ORGANISES WITHIN THE UNITED KINGDOM

After a ten year break we are firing up the broomsticks once again for a return to Witch Country. Included in this itinerary are locations relating to the Lancaster Witch Trials of August 1612, both in fact, as recorded by Thomas Potts, Clerk of the Court, and also in the fictional account of Harrison Ainsworth written in 1848.

We also include locations associated with the witches tried in February 1633. 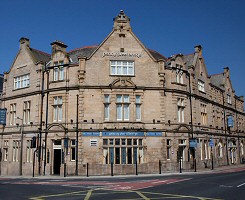 We make our own travel arrangements to Lancaster for a three night stay at The Penny Street Bridge Hotel, centrally located in the heart of Lancaster, inside a magnificent 100 year old building. After meeting up in the bar, we will dine in the hotel’s own restaurant (price not included).

We will depart at 9am and drive south through the spectacular Trough of Bowland. 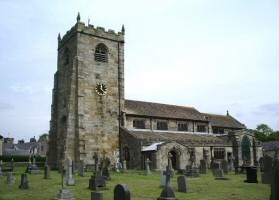 Our first stop is the picturesque village of Waddington. The Church of St. Helen has a west window that includes amongst its saints Wadda, or Wade, the Anglo-Saxon chieftain who founded Waddington. Described as a “blond giant” he was supposedly a direct descendant of the god Woden, and was involved in a conspiracy that resulted in the murder of Aethelred, King of Northumbria.

We then move on to Downham, the home of Richard Assheton, one of Demdike’s victims.

Harrison Ainsworth stayed in the village as a guest of the vicar of St. Leonard’s Church, and featured the Assheton family prominently in his book, The Lancashire Witches.

We next pass through Barley, the home of the witch Jennet Hargreaves and also of John Robinson, one of the victims of Elizabeth Device. 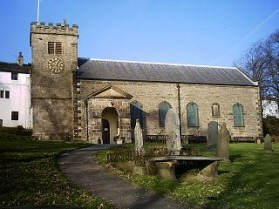 At the time of the witches Newchurch was known as Goldshaw, and takes its later name from the church of St. Mary’s, which was built in 1544 and was referred to by the witches as “the new church at Goldshaw Booth”. The church tower, complete with the “eye of God” to ward off evil, is the only part of the original building left, which was rebuilt in 1790. The church is closely associated with both the Chattox and Demdike brood.

Members will no doubt succumb to the wide range of souvenirs on offer at the village shop “Witches Galore”!

Our next stop Roughlee Hall was built by Miles Nutter in 1538, and was the home of Alice Nutter, the only member of the nobility who was tried for witchcraft in August 1612.

In Barrowford we will visit the Pendle Heritage Centre, located in a former 17th Century farmhouse, Park Hill, which also has an 18th century walled garden.

We continue through Fence where the second investigation for the witch trial took place on April 2nd 1612 at Ashlar House, involving Old Demdike, Old Chattox and Anne Redfearn, who was Chattox’s daughter. 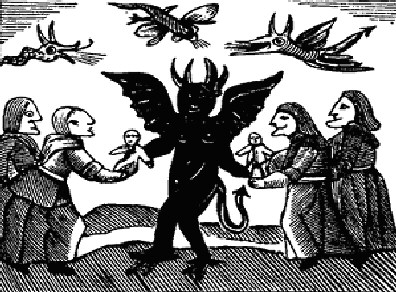 Then on to Higham, the home of Old Chattox and two of her victims, Blaize Hargreaves and John Moore. We then pass through Read, where the first investigation for the witch trials was conducted at Read Hall, involving Alizon Device, her mother Elizabeth and brother James.

Harrison Ainsworth stayed with relatives in Whalley - our final stop for the day - and much of the early part of his book is set here. In the churchyard are three Celtic crosses. Built by the Cistercians and dating from the 14th century, Whalley Abbey stands on the banks of the River Calder. After the dissolution of the monasteries in 1537 the abbey passed into the hands of Ralph Assheton, who converted it into a private residence.

After breakfast, we travel south to Clitheroe, and a chance to purchase provisions for our lunchtime picnic (weather permitting). 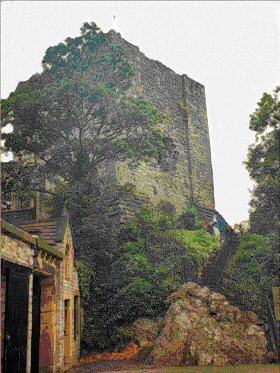 Clitheroe Castle has a Norman keep built around 1186 by Robert de Lacy, which boasts a “devil’s window”. There are a number of connections with the witches, including Margaret Pearson of Pediham who did penance for her sins in the stocks there, and John Webster, clerk in Holy Orders, who wrote a pamphlet entitled Displaying of the Supposed Witchcraft having met Edmund Robinson, the eleven year old witchfinder of 1633.

Next arrive at our picnic spot on Pendle Hill to enjoy the food and the view.  [Webmaster's note - it rained, so no picnic this time!]

Continue our journey to Salmesbury, home of seven of the nineteen witches that were tried in Lancaster in August 1612: Jennet Bierley, Ellen Bierley, Jane Southworth, Lawrence Haye, Isobel Sidegraves, Joan Ramsden and Elizabeth Astley, all of whom were acquitted with severe warnings. 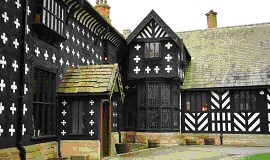 Salmesbury Old Hall has a "white lady" ghost, held to be Dorothy Southworth, a Roman Catholic who fell in love with a Protestant gentleman, John de Hoghton. He was murdered by her brother when he discovered their plan to elope.

Dorothy was sent to a convent where she died, but her spirit is regularly seen around the hall and its gardens.

Depart Lancaster at your own leisure, or take the chance to visit some of the sights, including Lancaster Castle. The castle occupies a city-centre hilltop location on the site of three successive Roman forts. It consists of an extensive group of historic structures, including the 12th century Keep, the 14th century Witches' Tower, the 15th century Gatehouse, and the Female Penitentiary, which dates from the early years of the 19th century. The castle is still used as a prison and a Crown Court, and consequently public access is available via guided tours only. 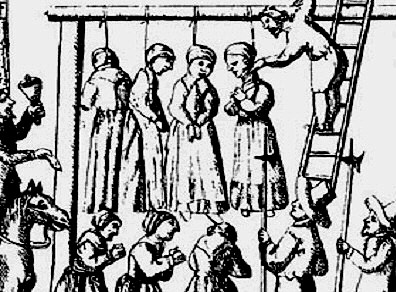 The castle was the venue of the witch trials of August 1612, and it was from here that those convicted were taken to be hung on the moor above the town. Other sites to see include the Judge’s Lodgings Museum, the Roman bath-house, the City Museum, Cottage Museum and Maritime Museum.